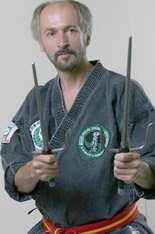 Phoenix, AZ, May, 2013: Arizona martial arts instructor and Grandmaster of Shorin-Ryu Karate and Kobudo, Soke Hausel, was notified by Fred Marks, Editor-in-Chief of Marquis Who’s Who of his inclusion in the forthcoming 68th Edition of Who’s Who in America 2014. Hausel was first selected as a Who’s Who honoree more than 25 years ago and has since appeared in many biographical compendiums celebrating his accomplishments and achievements as a martial arts instructor, scientist, writer, artist, public speaker, astronomer and musician.

He began training in martial arts in the early 1960s. In 1999, he reached the highest level in martial arts when awarded certification as sokeshodai (grandmaster) and kudan (9th degree black belt) at the Juko Kai International hombu (world administrative headquarters). At that time, he was teaching karate, kobudo, jujutsu, samurai arts and self-defense the University of Wyoming while working as a research geologist.

Over three decades he discovered many mineral deposits (precious and base metals, colored gemstones and diamonds) and was awarded economic geology’s highest honor with six other geologists in 2009 – the Prospectors and Developers Association of Canada’s (PDAC) Thayer Lindsley Award for a major international mineral discovery. He authored nearly 1,000 books, papers, maps and abstracts on prospecting, geology and martial arts, mapped more than 1,000 square kilometers of complex geology, traveled around North America presenting more than 400 lectures on geology as a distinguished lecturer. But because of his research contract, he was unable to financially benefit from any of his mineral discoveries or books including one of the largest gold deposits ever to be found in North America (Donlin Creek, Alaska), a previously unrecognized gold district (Rattlesnake Hills district, Wyoming) and significant gemstone deposits. 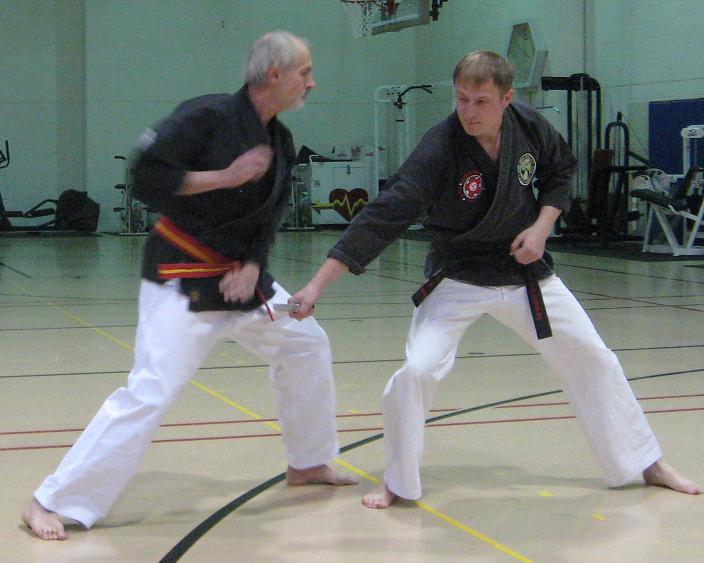 Hall of Fame martial artist, geologist, author, public speaker, astronomer, prospector and artist, Grandmaster Hausel of Arizona, was inducted into Action Martial Arts Magazine’s Hall of Honors 2012. Soke Hausel, a martial arts instructor of more than 4 decades, taught karate, kobudo, jujutsu & self-defense at four universities prior to opening a martial arts center at the border of Mesa with Gilbert and Chandler in the Phoenix valley. Soke is an instructor of Shorin-Ryu Karate, a martial art originally developed on Okinawa that teaches its members to respect oneself, each other, and works to develop powerful techniques. For centuries, it was the martial art of body guards for Okinawan royalty and peasants and was strictly guarded in secrecy, such that even the Japanese conquerors of Okinawa had no idea it existed until it was introduced to Japan in the early 1900s by Shorin-Ryu great, Gichin Funakoshi (1868-1957). Remember Mr. Miyagi and Daniel-san in the Karate Kid? Same karate!

Master Alan Goldberg, publisher of Action Martial Arts Magazine stated, “Congratulations, we take great pride and pleasure to inform you of your Induction as an Ambassador to the Martial Arts, into the Largest and one of the most Prestigious Martial Arts Halls of Honor in the World”. 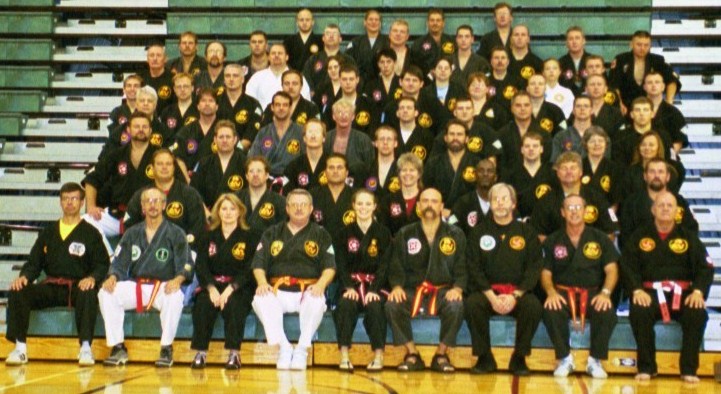 Action Martial Arts Magazine touts their Hall of Honor to be the world’s largest gathering of martial arts superstars, film and combat celebrities and renowned masters in the world. The event has become known as the Academy of Awards of Martial Arts that is held at the Tropicana in Atlantic City, New Jersey. Soke Hausel was recognized for Outstanding Contributions to Martial Arts as a Grandmaster.

Hausel began training in martial arts in mid-1960s and 40 years later (in 2004), he was awarded the highest rank in Okinawan Karate: 10th degree black belt. Prior to this event, he reached his greatest achievement in martial arts when he was certified Soke Shodai (grandmaster) in 1999 and certified by two of the world’s greatest martial arts grandmasters.

At the turn of the century, he was inducted into the Millennium Hall of Fame as a polymath due to contributions to geological sciences, public speaking, writing and martial arts (he has also been active in art, astronomy and music). He is an author of nearly 1000 publications and 100 books and responsible for discovery of hundreds of gold and gemstone deposits.

Professor Hausel of Mesa, Arizona was inducted into Action Martial Arts Hall of Honors at the Tropicana Resort in New Jersey for Outstanding Contributions to Martial Arts as a Grandmaster. Hausel taught martial arts at 4 universities before teaching at the Arizona School of Traditional Karate at 60 W. Baseline in Mesa.

Professor Hausel of the Arizona School of Traditional Karate in Mesa, Arizona, was inducted into Action Martial Arts Hall of Honors at the Tropicana Resort in New Jersey on January 20th, 2012. Touted as the world’s largest gathering of martial arts superstars, film & combat celebrities & renowned masters in the world, the event has become known as the Academy of Awards of Martial Arts. Inducted for Outstanding Contributions to Martial Arts as a Grandmaster, Professor Hausel has taught martial arts for more than 4 decades at 4 universities prior to teaching at the Arizona School of Traditional Karate at 60 W. Baseline in Mesa.  Grandmaster Hausel has been inducted into 15 Halls of Fame since 1998.